There seems to be a feeling spreading within the North Dakota Republican Party (NDGOP) that the party itself doesn’t really mean that much. To be more specific, it comes from the idea that many Resolutions and planks of the Platform, decided on by party faithful, have ultimately become pointless positions. In addition to this, some will tell you that conventions don’t really seem to matter either. These are things that some folks want to change.

The party’s Platform and Resolutions are supposed to indicate positions on key issues. Yet, we find far too many elected “Republicans” with voting records that don’t even come close to matching these positions of the NDGOP. When it comes to conventions — whether at the district or state level — their results aren’t binding. Candidates can choose to ignore their results — or bypass them altogether — enroute to challenging the party’s endorsed candidates in a primary.

Later this month, the NDGOP’s State Committee will gather in Bismarck to conduct business for the party. Aside from a variety of reports and election of officers, documentation provided to The Minuteman shows that committee members will be considering four changes that have the potential for interesting debate. These changes stem from District 38 Chairman Jared Hendrix and District 46 Chairman Mark Thelen.

Hendrix’s proposals are likely to be the most controversial. I’ll summarize them here and post each in their entirety at the conclusion of the article.

My Thoughts on Hendrix’s Proposals

I see no reason to deny Hendrix’s proposal to add the State Chairman of the Young Republicans of North Dakota and the State Chairman of the North Dakota College Republicans as members of the State Committee. Considering the fact that these organizations are arms of the North Dakota Republican Party and are actively engaged in recruiting members and assisting candidates, why shouldn’t they be represented? Yet, I won’t be surprised if there’s opposition to the idea. After all, I think the younger generation of Republicans represent something quite different than the establishmentarians in power at the moment.

It is Hendrix’s second proposal that is likely to garner disdain from some of those on the State Committee. After all, it would undoubtedly affect Senate Majority Leader Rich Wardner (R – District 37) and House Majority Leader Chet Pollert (R – District 29). And since Governor Doug Burgum may end up with some of this legislation crossing his desk, it affects him as well. All three are members of the State Committee that will hear the proposal on June 15th. I’m guessing none of them will be excited about it.

Is the proposal unreasonable though? I don’t believe that it is. If a party — a private organization — is going to take positions on key issues, what’s wrong with measuring how those who represent the party vote in relation to them? And let’s not forget, Hendrix’s proposal doesn’t include — or even suggest — a mechanism to penalize those legislators who don’t align with the Platform and Resolutions. His proposal is really one of activism, transparency, and to some degree accountability. If the NDGOP is unwilling to embrace such things, then why do they even exist?

Thelen’s proposal’s both involve changes relating to State Conventions. Like Hendrix’s, I will post both in their entirety at the conclusion of the article. They’re fairly simple. Yet, the debate could prove interesting as well.

My Thoughts on Thelen’s Proposals

Thelen’s proposals are interesting from this perspective— the first could be interpreted as indicating he believes the second is unlikely to pass. After all, if a candidate is required to “sign a pledge” that says they won’t run in the primary, what difference would it make how close to the primary’s filing deadline the State Convention ended?

In and of itself, Thelen’s first proposal may generate some discussion but probably won’t be overly controversial. The State Committee will have to weigh the pros and cons of potentially allowing a candidate — who’s been defeated at the convention — more time to decide whether they’ll challenge the endorsed candidate in a primary election for the party’s nomination. Each candidate may be affected differently by the rule change. So, I’m not sure there’s a definitive answer of whether it’s a good idea or not.

Thelen’s second proposal is likely to be controversial. You may recall that back in December the State Committee shot down a resolution that would have called upon the Legislature to pass a bill allowing political parties in North Dakota to determine for themselves how they nominate their candidates. In other words, it called for permitting governing bodies within political parties to decide whether conventions or primaries would determine their nominees.

While Thelen’s proposed rule change is admittedly nothing like the resolution defeated in December, it is — as previously stated — submitted in the same spirit of making the convention “meaningful”. As I mentioned at the beginning of this article, there’s a growing number of people who are disillusioned with the convention process. When candidates attempt to bolster their campaigns by attending a State Convention, only to be defeated and still move on to the primary, it leaves some delegates (i.e. party members) wondering why they bothered participating in the convention process at all.

The discussions that will come as a result of these four proposals are worthy of having. In my opinion, there’s an identity crisis of sorts going on within the party. And rightfully so. At the heart of it is the question of whether it really means anything to be a North Dakota Republican? If there’s no satisfactory answer to that question, then perhaps there’s no point in participating in the party structure after all. 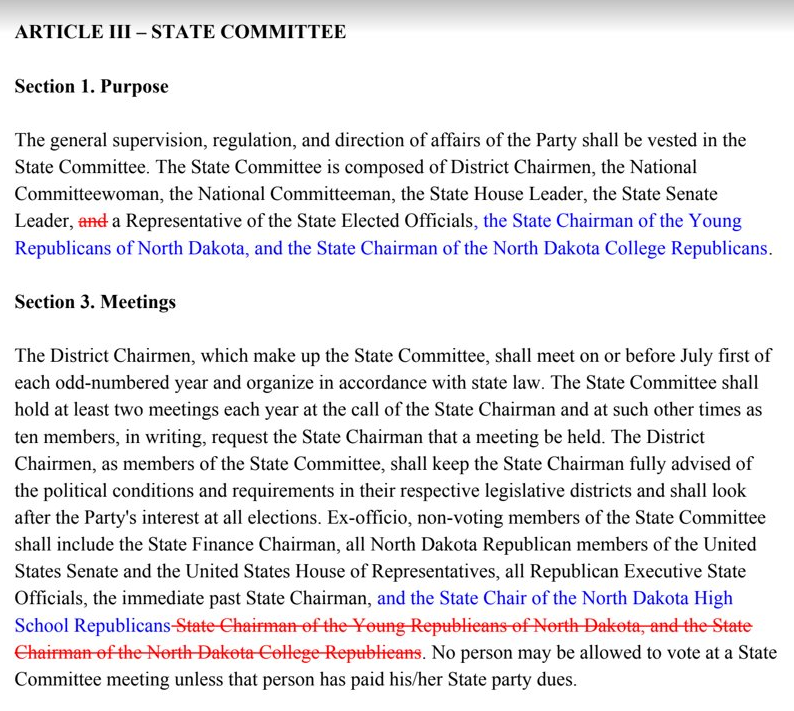 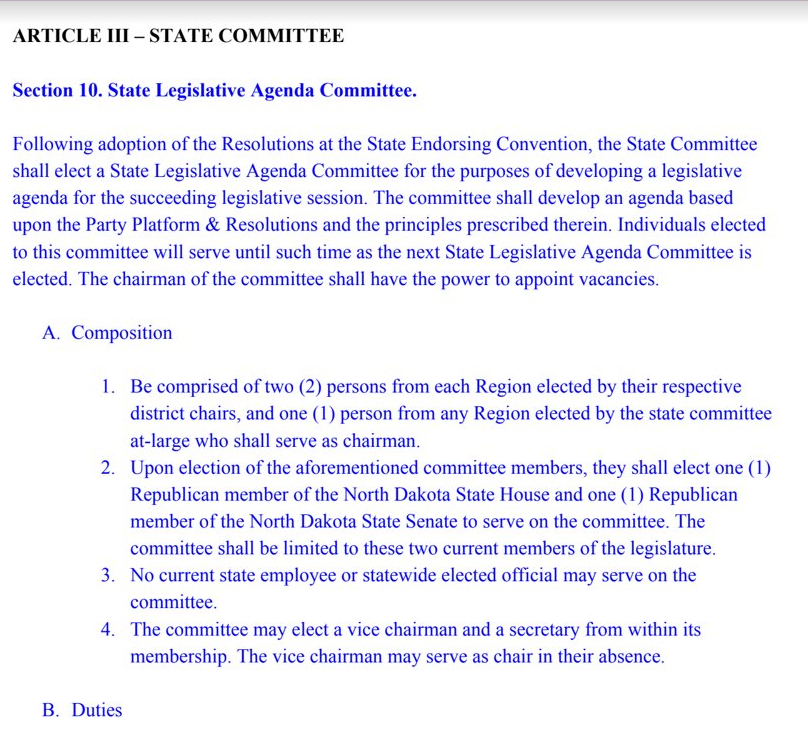 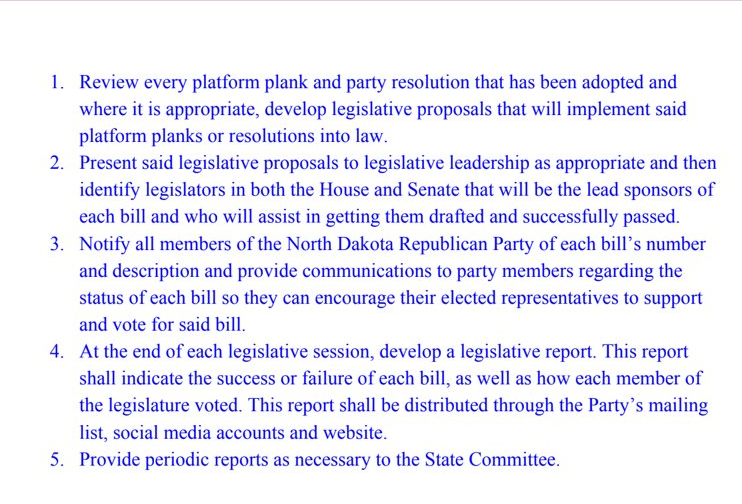 The news hit yesterday that three state legislators are proposing that state employees receive pay increases in the upcoming 2019 Legislative Session. And go figure— all three are Republicans. It was just last week that I predicted, in the aftermath [read more…]

Breaking: Cramer Decides Against Senate Run & Will Run for Re-election

Just two days ago, I wrote that Congressman Kevin Cramer was on the brink of throwing his hat in the ring for a run at U.S. Senate against Democratic incumbent Heidi Heitkamp. We had been anticipating an announcement for some [read more…]

In mid-March, Governor Doug Burgum issued an Executive Order closing all K-12 schools for a week. He then extended that to “until further notice” and ordered that districts “develop plans for age-appropriate distance learning”. This was, of course, an early [read more…]